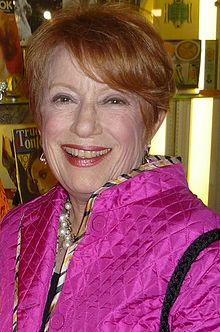 Born in Pensacola, Florida, and later a resident of Arlington, Virginia, she graduated from Washington-Lee High School before going to Northwestern University.

Broadway:  In 1962, Dussault stepped into the role of Maria in the Broadway production of The Sound of Music. She received a Tony Award nomination in 1961 for Best Featured Actress (Musical) for Do Re Mi and was nominated for her performance in Bajour (1965). Of her performance in Do Re Mi and later career, Bloom and Vlastnik wrote: "Confidently clowning alongside such pros as Phil Silvers and Nancy Walker...she never faded into the scenery. Equally comfortable as a pure soprano or a rangy high belter, her versatility was well captured on the...cast album...Well cast as a situation comedy wife, she spent much of the 1970s and 80s in California." [2] Other stage shows included Quality Street in 1965 at the Bucks County Playhouse in Pennsylvania.[3] She also appeared in the City Center Gilbert & Sullivan NYC Company, directed by Dorothy Raedler, with such Metropolitan Opera singers as Nico Castel, Muriel Costa-Greenspon, and Frank Poretta, Sr. Dussault took over as the Witch in Into the Woods on Broadway (1987–1989). She had appeared twelve years earlier in the review Side by Side by Sondheim on Broadway.

Television:  On television, she was a regular on the 1970s series The New Dick Van Dyke Show, and played Ted Knight's wife in the role of the photographer Muriel Rush on the 1980s situation comedy Too Close for Comfort. She was the first anchor of Good Morning America, working with David Hartman, when the show started in 1975. She was the first actress to portray the character of Theresa Stemple, the mother of character Jamie Stemple Buchman, in season one of the NBC TV series Mad About You.