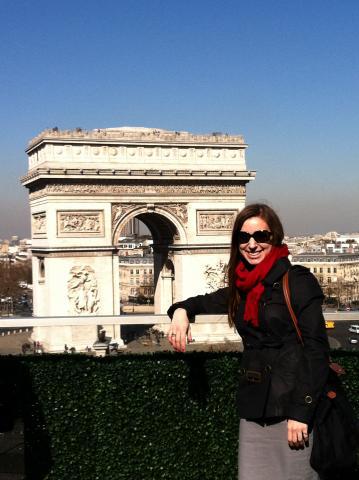 With the goal of becoming a doctor, Stephanie studied philosophy, medical ethics and global health. While she was abroad for her global health minor, she realized that her interest was in writing about health care and medical needs rather than direct patient care. One of her references wrote the following about Stephanie in the classroom. She was “…clearly one of the class leaders…consistently attempted to give a fair and careful hearing to all positions…an excellent reader… deeply concerned about issues in health care and communicating those issues in a meaningful way.” After graduating from NU she worked for the International Herald Tribune in Paris as a Research and Features Intern. She returns to NU to pursue a Master of Science in Journalism degree to develop her writing skills to fulfill her goal as she told on her application “to tell the stories of those who suffer from disease, of the marginalized poor without access to healthcare and of families and doctors grappling with the ethics of care.” She wrote an article about her academic journey for the Spring/Summer 2012 issue of the Weinberg College of Art and Sciences magazine, Cross Currents, distributed in July, 2012.