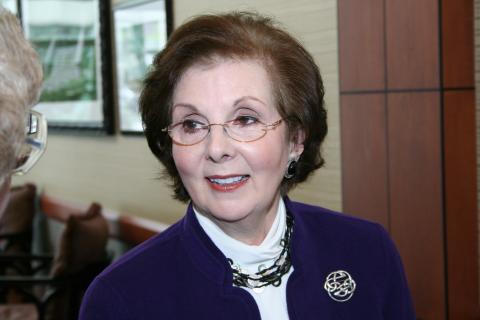 Karla Stone was completing her junior year at Northwestern when she decided she could best use her degree in psychology by channeling it into a healthcare career — even though it meant several more years of study to acquire another bachelor’s degree and finally a master’s degree. This change, of course, did not minimize the importance of her Northwestern experience. In fact, it was her experience on campus in the turbulent 1960s that helped her find her new direction in the first place.

“I think one of the greatest influences of my time at Northwestern, in this period of brewing feminism, was the realization that young women not only could but should expand their roles and commitments to the greater society,” she says. “ It wasn’t enough to ‘talk the talk’ on the issues of the day, but one must ‘walk the walk’ and get out there and find a meaningful life’s work.”

So Stone set out to become a nurse, where she could have a direct impact on people’s lives. Looking back now, she believes that the lessons learned at Northwestern played an important role in her success.

“My Northwestern liberal arts degree was an invaluable foundation for a professional nursing career,” Stone said. “Yes, all those courses in psychology, sociology, anthropology, biology, chemistry, statistics, and experimental research design were exceptionally helpful. But even English literature and Classical Greek drama provided insights and sensitivity to the human condition that were immensely useful in interacting with acutely ill patients and people in crisis.”

Stone now shows her gratitude for her Northwestern education. For the past nine years she has been on the community advisory board for the NUgene Project. This long-term genetic banking study sponsored by the University’s Center for Genetic Medicine examines the role genes play in the development and treatment of common diseases.

She is also particularly proud of her involvement with the Northwestern Alumnae Continuing Education program. “What is most gratifying is the joy so many people express to us from attending the Alumnae courses,” she said. “Many students have been attending these classes for years — even decades. The immense success of this program enhances the educational vitality of the campus and showcases Northwestern’s outstanding scholars and researchers. What a wonderful way it is to share the work and prestige of the University.”