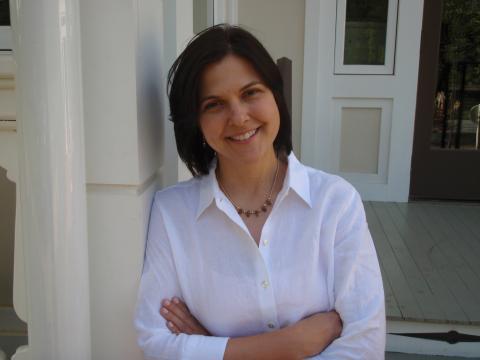 Kathryn Lavelle is currently the Ellen and Dixon Long professor of World Affairs at Case Western Reserve University in Cleveland, Ohio. Her research explores the exchange between economic and political institutions with a particular emphasis on global financial issues.

Dr. Lavelle’s first book, The Politics of Equity Finance in Emerging Markets, explored the political circumstances that surround large issues of stock in the developing world. After being granted tenure at Case Western, she was awarded an American Political Science Association Congressional Fellowship and named the William A. Steiger fellow, a designation given to the most promising political scientist in her class of fellows. While in Washington during 2006-2007, she worked on the staff of the House Committee on Financial Services on issues related to domestic and international monetary policy. She later drafted the manuscript for a book, Legislating International Organization: the US Congress, the IMF, and the World Bank, during the 2008-9 academic year while a resident fellow at the Woodrow Wilson International Center for Scholars. The next year, she was the inaugural holder of a Fulbright Visiting Chair in Global Issues at the University of Toronto Munk Centre where she began work on her most recent book, Money, Banks and the American Political System. In addition to her books, she is the author of numerous articles and book chapters appearing in International Studies Quarterly, Perspectives on Politics, International Organization, Review of International Organizations, The Journal of Modern African Studies, Third World Quarterly, Review of International Political Economy, International Journal of Political Economy, International Studies Review, Journal of International Affairs and The Columbia Journal of World Business.

Dr. Lavelle holds a PhD in political science from Northwestern University; an M.A. in government and foreign affairs from the University of Virginia and a bachelors degree in international economics from Georgetown University. She is a permanent member of the New York Council on Foreign Relations and a Global Fellow in the Global Europe program at the Woodrow Wilson International Center for Scholars.

Reflection on the Alumnae Fellowship: The Alumnae Fellowship I received in 2004-5 was arguably the most transformative award of my career, because without it—none of the other work would have been possible. It allowed me to finish my dissertation against tough obstacles. When I was at Northwestern, I wanted to conduct innovative research that would combine my prior knowledge of diplomacy and international organizations with African development. The specific project explored the role of African States in the United Nations Conference on Trade and Development (UNCTAD), which meant I wanted to travel to the UNCTAD secretariat to interview African representatives. Programs that funded African research did not want to pay for me to go to Geneva, and programs that funded research in Switzerland did not want to pay for me to study African representation there. Therefore, the Alumnae funding meant that I was able to pursue a project that did not fit the existing categories. The summer after I returned from doing the research, a member of the Alumnae—Marge Roche—graciously allowed me to housesit so that I could write up the dissertation. I published the major findings in the Journal of Modern African Studies, which is the journal of record in African Studies. In the course of my career since then, I have published three books, been promoted to full professor with an endowed chair at a major research university, and received awards from the West Africa Research Association, Woodrow Wilson International Center for Scholars, American Political Science.